DELMIA Quintiq's supply chain optimization software is developed on the belief that all the algorithms in the world can't replace your good business sense. It's designed to give you full control and visibility, enabling you to amend the optimized plan where needed. You have the power to optimize the entire plan and the flexibility to optimize just parts of the plan. You can choose between fully automated, semi-automated and manual planning, depending on your requirements at any given moment.

The supply chain optimization software provides full visibility into all aspects of your supply chain, enabling real-time management and optimization of production capacities, raw materials, workforce and logistics. It's configured to respect all of your organization's rules and constraints, such as production capacity, inventory and logistics constraints as well as contractual requirements. But, it's flexible enough to allow you to adapt to the realities of doing business.

The outcome: feasible plans, optimized against your unique key performance indicators, always in sync with the realities of your business.

The benefit: savings in every area of your business, in the form of greater efficiency, lower inventory levels and leaner operations overall.

The five supply chain optimization technologies at the core of DELMIA Quintiq Optimizers are:

Quill is the proprietary configuration language at the center of the DELMIA Quintiq Optimizer. It allows easy expression of construction heuristics and local search heuristics –closely matching the processes that human planners follow when they build solutions from scratch and when they locally improve solutions. Quill is the glue that holds all the optimization technologies together, allowing them to work as an effective, efficient whole.

Based on decades of operations research, mathematical programming is the de facto standard for solving problems that can be expressed or approximated with linear equations. For example, it’s used in DELMIA Quintiq Workforce Planner to determine the best possible combination of tasks to assign to employees to ensure the best use of each person’s skills and achieve the highest possible service levels.

Path optimization algorithm is a proprietary large-neighborhood-search (LNS) technology. LNS explores much larger neighborhoods than local search and as such is less likely to get stuck in a locally optimal solution that is far from the globally optimal solution. It is primarily used for vehicle routing and manufacturing scheduling. For example, it’s used in DELMIA Quintiq Logistics Planner to determine the best possible sequence of visits and their distribution over routes to ensure the shortest distance, lowest cost and highest service level.

Many practical puzzles have a graph component and accordingly we utilize graph programming to find solutions. Graph programming is used to tackle resource-constrained shortest-path problems encountered in puzzles such as crew diagramming and rolling stock optimization.

The VRPTW is one of the most studied problems in the field of combinatorial optimization. It is a variant of the Vehicle Routing Problem (VRP) first defined by Dantzig & Ramser in 1959. A solution to the VRPTW is a set of routes consisting of a sequence of visits to customers, where each route is assigned to a vehicle and all customers are visited within their time windows. The total volume assigned to each route must not exceed the capacity of the vehicle. The challenge is finding a solution that minimizes the total number of vehicles used and distance traveled.

The PDPTW is a problem in the field of combinatorial optimization and an extension of the VRPTW. The difference is that the customers’ transportation requests do not only have a defined delivery location, but also a specific pickup location, which typically differs from the depot. A solution to a PDPTW problem is a set of routes for a fleet of vehicles. It consists of a sequence of pickups and deliveries, where all locations are visited within their time windows. For each transportation request, both the pickup and delivery locations must be visited by the same vehicle where obviously the pickup occurs before the delivery.

The FJSSP is an extension of the classical Job Shop Scheduling Problem (JSSP). The JSSP is based on the assumption that only one machine is able to run a particular operation. The FJSSP, as its name suggests, assumes a more flexible setup. It reflects a production environment where it’s possible to run an operation on more than one machine. The challenge is assigning all operations to machines in sequence (respecting the sequence of operations in each job) such that the total completion time is minimized. 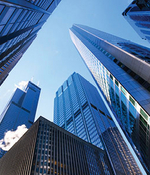 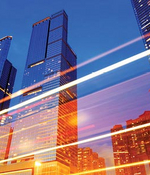 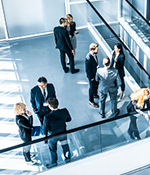 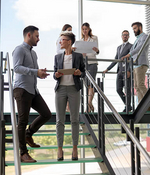 Blogs and forums to discuss your challenges 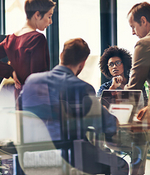