June 11, 2013 - Quintiq, a global leader in supply chain planning and optimization (SCP&O), announced today that Austria Metall AG (AMAG) has successfully implemented Quintiq Scheduler in its cold mill facility in Ranshofen, Austria. Contracted for implementation across the facility over three stages, Quintiq Scheduler has enabled AMAG to exceed its goal of increasing productivity at the cold mill by four percent.

AMAG is Austria's leading producer of aluminum semi-finished and cast products for the manufacturing industries, and nearly 70 percent of AMAG's total yearly output is produced at the facility. In October 2011, Quintiq consultants started the first phase of optimization in the cold mill's annealing furnaces, and completed the process within seven months. Phase two, optimizing the cut-to-length slitting lines in the Brightning Mill, began in July 2012 and was finalized just five months later. The final phase, which focused on optimizing the plate production line, began in December 2012 and goes live this month.

In addition to surpassing the goal of increasing productivity by over four percent, Quintiq's solution has improved efficiency by supporting AMAG's internal logistic processes, such as the flow of information regarding other planning process in the plant, transportation and the flow of materials.

"Implementing Quintiq was the logical choice following our success with it at our hot mill," said Christian Grubmueller, head of production planning at AMAG. "Quintiq enables us to optimize our planning process, and most importantly, exceeded the targeted increase in productivity levels. Through Quintiq Scheduler we are continuing to create value and strengthen our competitiveness."

"We are pleased about the extended collaboration with AMAG," said Arthur Torsy, vice president EMEA at Quintiq. "Quintiq has established itself globally as the supplier of choice for SCP&O for companies in the metals industry. We welcome this new project with AMAG as it continues to demonstrate how Quintiq adds value to the efficiency and planning processes."

About QuintiqEvery business has its supply chain planning challenges. Some of those challenges are large. Some are complex. Some seem impossible to solve. Since 1997, Quintiq has been solving each of those challenges with a supply chain planning & optimization software system. Today, approximately 12,000 users in over 80 countries rely on Quintiq software to plan and optimize workforces, logistics and production. Part of Dassault Systèmes (Euronext Paris: #13065, DSY.PA), Quintiq has offices in the Netherlands, the USA and around the world. 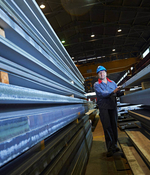 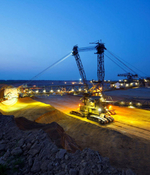 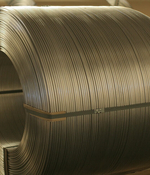