Via payment card or purchase order 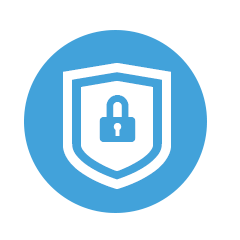 Your data is confidential and secure with us. Use your own Non Disclosure Agreement 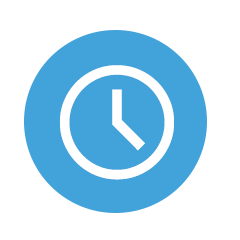 For 3D Printing and CNC Machining, get quote in few seconds.

Discover Our network of Urethane Casting service providers offers hundreds of materials for your project.

Get an Urethane Casting quote

Discover How 3DEXPERIENCE Marketplaces Boost Your Design to Manufacturing Process

You’re in good company. Thousands of leading companies from all industries use our solutions.

Online Urethane Casting service: how does it work?

Features to help you

Check & repair or Geometry check is a feature that helps you to understand Geometry issue of your part and could repair it live and online. Check & repair or Geometry check is a feature that helps you to detect geometry issue on your part and repair it online and live. This feature is available only for 3D Printing service. It helps you check the manufacturability of your part, depending on the materials and the process. Receive in seconds several quotes thanks to our instant quote engine.

What is Urethane Casting?

Urethanes are versatile compounds comprised of nitrogen, hydrogen, and oxygen; it is a crystalline compound, an ester of carbonic acid (heated with alcohol and an acid catalyst). Urethane is a common sealant because of its natural resistance to water, oil, and oxidation. The material is abrasion and extreme-temperature resistant. Urethane is also an excellent choice for casting low volume, durable parts while maintaining production-level quality. Read on to learn more about urethane casting utilizations and design strategies.

The first portion of making the master part pattern is to perform the design of the component utilizing mechanical engineering principles and a 3D modeling platform, such as SOLIDWORKS. The CAD model of your part will be utilized to make the Master Part Pattern for the part to be cast. For the 3D model design, one should consider how the part will be molded and how the urethane casting material will be removed from the mold. The following tips are helpful when making the Master Part Patter CAD model:

Ultimately you should simply design the master part pattern with the end goal of production of urethane cast parts.

Once the CAD model is finalized, it is sent to a manufacturing provider which typically chooses to print the Master Part Pattern. Most often the printing is accomplished by the PolyJet 3D (PJ3D) Fused Deposition Modelling (FDM), or Stereolithography (SLA) methods. CNC machining may be utilized to create the master part pattern but 3D printing is typically more cost-effective. The main goal of the master part pattern printing is to create an accurate silicone mold for the urethane molded parts.

Most urethane part molds are made from pouring liquid silicone around the parts to create a mold. First, a box is constructed which will be utilized to hold the master part for the pouring of silicone around it to create the mold. Next, the master part is securely placed in the box. Thirdly, the liquid silicone materials are poured into the box, around the master part pattern. The silicone is cured in typically several steps. Curing is often accomplished utilizing one of two methods: condensation curing or addition curing. Typically, the mold is split in two for the removal of the master part, or the molding process is designed to create a two-part, mating mold. Another option for a silicone mold is called a skin mold and it is created by pouring liquid silicone on the master part pattern, layer by layer until the desired thickness is achieved. Sometimes, features to be molded that may be susceptible to fatigue are replaced with stronger materials.

Urethane parts may be utilized for a wide variety of components from automobile parts to medical devices to consumer products and even prototypes. Here are a few examples of common urethane casting parts:

Urethane parts may be cast utilizing a variety of materials. Material selection should be based on several factors including cosmetic considerations, durability, part life, price, utilization or application requirements, strength, physical properties, chemical properties, environmental exposure, and chemical resistance. Urethane materials may also be referred to as polyurethane materials. There is no difference between the two terms; they may be utilized interchangeably. A polymer is just a group of repeating units that are chemically linked. A polyurethane part simply contains multiple urethane groups. The following table summarizes some of the most utilized urethane casting resins:

Benefits and Challenges of Urethane Casting

Urethane casting offers a significant number of benefits. It requires a simple set-up of easy-to-obtain materials and simple processing. The investment cost is low for starting a urethane casting operation. Silicone molds are cheaper and easier to produce than metal tools or molds. Therefore, prototypes can be made faster and for lower costs. Urethane molds are faster to create than hard molds, around three days versus one to two weeks. In addition, there are a wide variety of urethane/polyurethane materials to choose from for your cast parts, resulting in a wide range of available physical properties.

Urethane castings do have some challenges associated with them. The cast urethane parts may not be as machinable as their metal counterparts. In addition, the silicone molds utilized for urethane part casting may not be as durable, making the process better suited for low-volume or prototype runs.

Discover our other materials for manufacturing Get multiple quotes for your parts in seconds

Visit Make
Contact Sales
Need to make a plastic part?
Get an instant quote
Scroll back to top