The different physical disciplines such as structural mechanics, fluid dynamics, thermodynamics and electromagnetics are in reality tightly connected, because the interaction between multiple physical phenomena and the conversion of energy from one form to another is crucial to most industrial applications.

For example, in order to design efficient and reliable lithium ion batteries, engineers must account not just for the electrochemical behavior, but also thermal runaway, as well as fluid dynamics of the electrolyte and structural bending and swelling. Even during manufacturing, multiphysical effects need to be controlled, whether that is the flow of plastic in injection molding, or moisture build-up during electronic assembly.

The Abaqus Unified FEA product suite has significant capabilities that are used to solve multiphysics problems. These capabilities, developed over many years and fully integrated as core Abaqus functionality, have been used extensively for many engineering applications on products and engineering projects in use today.

Multiphysics technology has been a part of Abaqus from the beginning.Starting with Abaqus V2 (in 1979), Abaqus/Aqua simulates hydrodynamic wave loading on flexible structures for offshore pipelines. Through the years additional multiphysics capabilities have been added, such as fluid, thermal, electrical couplings, and many others listed below. 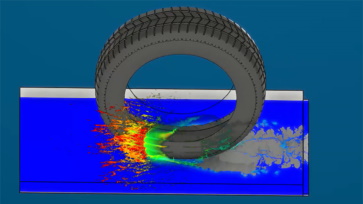 The Coupled Eulerian-Lagrangian (CEL) approach in Abaqus which provides engineers and scientists with the ability to simulate a class of problems where the interaction between structures and fluids is important. This capability does not rely on the coupling of multiple software products, but instead solves the fluid-structure interaction (FSI) simultaneously within Abaqus.

The Hydrostatic-Fluid-Mechanical Multiphysics capability allows the user to include the effects of fully enclosed gas- or liquid-filled cavities in their model. This is useful for simulating balloons, air bags, seat cushions, athletic shoes, partially filled tanks and other containers, air springs, IV bags, and many other applications that require consideration of the pressure-volume relationship of the enclosure and the energy inside the enclosed fluid.

Abaqus contains a complete two-way electrostatic Piezoelectric-Mechanical simulation capability allowing electric flow to cause straining in the material (and shape change) and also allowing stress to cause electric potential change.

In many industrial processes, the combined effects of moisture and heat on product performance or behavior during assembly can be critical. By simultaneously considering the detailed behavior of the product under realistic operating conditions, designers and engineers can determine the ideal design or manufacturing process for a given performance goal.

The influence of water on the behavior of soils under load is extremely complex and a sophisticated coupled approach is required to provide simulation results which can be relied on to help provide confidence in design decisions. 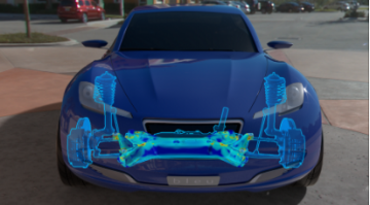 Structures on the 3DEXPERIENCE Platform 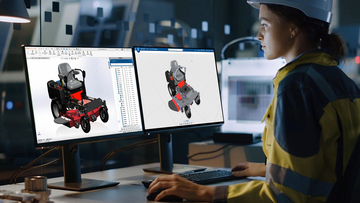 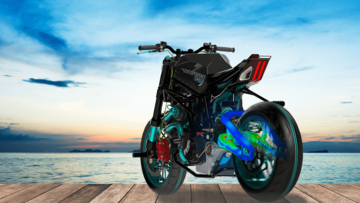 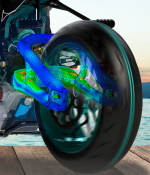 An Overview of the SIMULIA Structural Analysis Software 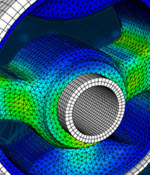 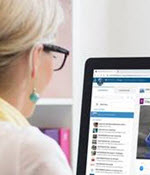 Be part of a global user community