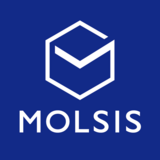 MOLSIS Inc. was established in December 2016 to succeed the scientific software business that has been conducted by Ryoka Systems Inc. for almost 30 years.
Effective on April 1,2017, under the agreement of all partners, MOLSIS officially took over position of Ryoka. All the license agreements for the software products sold by Ryoka have been transferred to MOLSIS and former Ryoka staff are now working in MOLSIS to continuously take care of customers.
Our company name, MOLSIS, comes from words, Molecular Simulation and Informatics Systems, which shows our business area. Based on the years of experience in Ryoka System Inc., we keep close relationship with many software vendors who have cutting-edge technology. Also we have wide range of customer base, from academia to industries both in Material Science and Life Science area. We are not just a local distributor but are professional partner who bridge between software products and customer needs.

Since 2001, as the first distributor of COSMOlogic GmbH in Japan, we treat COSMOlogic products such as COSMOtherm, TURBOMOLE, etc. that are now included in Dassault Biovia Portfolio. With such long and deep experiences, MOLSIS provides professional activities in sales and support to our valued customers and prospects in a wide variety of industrial area such as pharmaceutical industry, chemical industry, oil and gas, automotives, and so on.