Neutron-based scientific research can shed light on some of the world’s greatest mysteries by analyzing the structure and dynamics of materials in ways other research techniques cannot. In areas such as energy, health, materials and the environment, scientists will utilize the multi-disciplinary research facility European Spallation Source (ESS), based on the world’s most powerful neutron source, to see and understand atomic structures and forces. ESS is being designed by scientists for scientists and is expected to attract up to 3,000 researchers each year.

What makes neutrons so interesting? “Neutrons have no electric charge, they are fantastic probes to investigate atoms and molecules without damaging them,” Roland Garoby, technical director ESS said. “For example, we can see what happens when a pharmaceutical interacts with molecules and get a much better understanding of its effects that hopefully will lead to better pharmaceuticals.”

“Scientists can use neutrons to study materials on a molecular or even atomic scale and see things that are impossible to see with other techniques such as x-rays or MRIs,” Garoby explained. “Even though there are other neutron source facilities in the world, ESS will host the most powerful proton accelerator ever built, generating more neutrons, that will be converted into useful neutrons for science using much more efficient moderators. As a result, the neutron beams on the instruments will be up to a 100 times brighter than anywhere else today. These advances will allow scientists to investigate faster and with better accuracy material structures at scales not possible with other neutron sources.”

ESS comprises 23 buildings, all currently at different stages of construction. ESS will house equipment delivered in the form of in-kind contributions from the member countries through technical and scientific collaborations between European labs, universities, and scientific institutes to design, develop and produce large parts of the accelerator, target (stainless steel disk containing bricks of the neutron-rich heavy metal Tungsten), instruments, research labs, software, controls and other systems. Because of the complexity, the ESS team needs to coordinate their work and embed their designs in the facility’s overall layout before releasing them to the construction site. To do so, ESS manages information through a plant information referential that helps ensure secured collaboration and efficient management of plant breakdown structures. Related to engineering, ESS handles concurrent design and more specifically civil & structural design of the facilities as well as the major equipment.

When it comes to configuration control and consolidation management, a common platform is essential because it provides a holistic view of the facility.

“ESS started out as a Greenfield project,” Peter Rådahl, head of engineering and integration support at ESS, said. “We initially began designing the facilities with Dassault Systèmes’ design solution CATIA because it was the solution most commonly used by all the contributing partners. At an early stage in the ESS project, Dassault Systèmes released the 3DEXPERIENCE®platform, which presented a major advantage: it allowed us to coordinate the design and construction of these facilities as a whole, which comprise millions of parts, by enabling us to integrate the 3D designs of each contributing partner in one 3D master model. This includes everything from the civil structure and equipment to the tiniest component. It’s unique to have all of our data in the same platform,” Rådahl said. “Regardless of the design software used, CATIA or third-party, the 3DEXPERIENCE platform integrates it all.”

“When it comes to configuration control and consolidation management, a common platform is essential, because it provides a holistic view of the facility,” he continued. “Our collaborators consolidate all their information inside the platform, resulting in an up-to-date status. For example, 3D models are uploaded to the platform on a weekly basis, enabling us to detect all clashes and design discrepancies in CATIA. Thanks to this level of control, we can have the design corrected before moving forward.”

“TECHNIA supports us in all software updates and helps us make sure the installation works properly,” Rådahl explained. “Overall, there are 80 people trained on CATIA, and their biggest challenge was getting used to new methodologies and deriving maximum benefit from a collaborative way of working enabled by a platform approach,” he said. “It takes some effort to go from a siloed way of working on one’s computer to a concerted approach where several people work on the same model.”

3D model in the 3DEXPERIENCE platform

Rådahl and his team communicate with construction teams in the field through the 3DEXPERIENCE platform. “Construction workers connect to the platform to access all models. If there are any design changes, they are informed because the modifications are consolidated in the platform before we deliver the revised model to the field,” he said. “Everyone agrees that the benefits of working with a single source of truth outweigh any misgivings some engineers had about changes in their way of working. Now everyone is using it because they recognize the validity of our decision to transition to the 3DEXPERIENCE platform.

”ESS has realized tangible benefits with the 3DEXPERIENCE platform. “The ability to make decisions early in our development process, and the fact that requirements and design geometry are linked, means we don’t really need to think about where to place what - it’s already in the platform from the beginning,” Rådahl said. “This will help save time when generating documentation.

”Working on a master model also has led to safer construction and maintenance processes, because designs and tasks can be virtually simulated before workers attempt to build or repair a part of the facility. “Installation sequencing is virtually planned out on the 3DEXPERIENCE platform before actually attempting the procedure in the real world. Designs were also reviewed with local interest groups using the digital master model to provide them with a preview of the finished facility and how it fits in with the surrounding environment,” Rådahl said

With numerous partner institutes in the member countries throughout Europe working simultaneously, using a single platform like 3DEXPERIENCE meets our requirements for concurrent engineering,” Rådahl said. Moreover, suppliers, many of which also use CATIA, are an integral part of the design and construction effort of the ESS. “We have two different setups,” Rådahl said. “Most of our partners go through the platform, but if a supplier is using the latest version of CATIA, they can connect to the 3DEXPERIENCEplatform and work in concurrent engineering with us. Otherwise, they upload their designs to our system and we position it in the master model ourselves.”

“Because ESS is being designed and built in collaboration with many different stakeholders throughout Europe, we need to make sure everyone has the proper data with the correct revisions and that there are no discrepancies in the design process,” Henrik Lindblad, group leader for PLM and process support at ESS, said. “We incorporate all of this data in our 3D master model, and we can refer to this common model during our regular coordination meetings, internally and with our partners, to ensure that everyone is aligned. This allows us to make quick and correct decisions on things like integration and requirement changes. One area that is especially important to us is the ability to detect any installation conflicts very early and to correct them before we actually start installing components on site.”

We incorporate all data in our 3D master model to ensure that everyone is aligned. This allows us to make quick and correct decisions on things like integration and requirement changes. 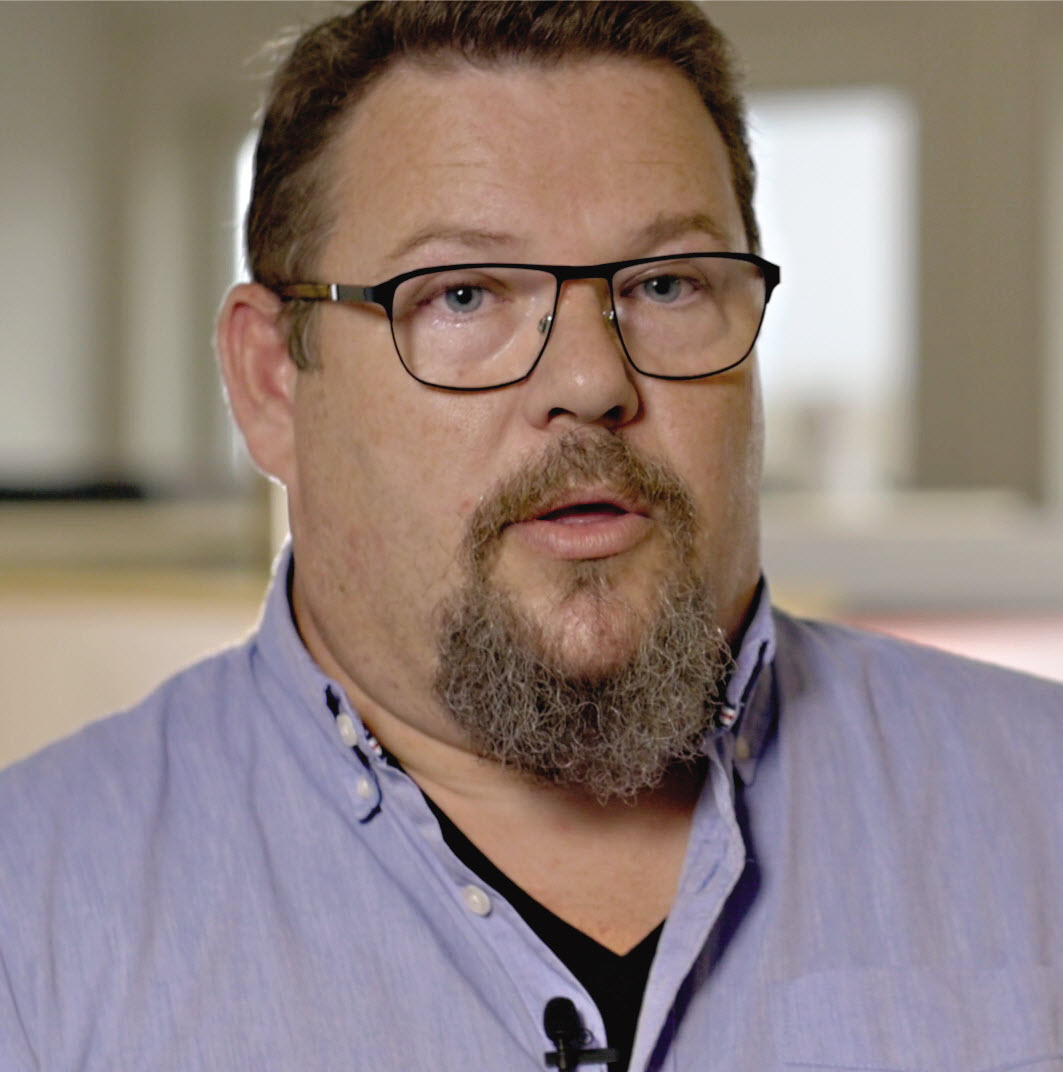 A lot of the equipment at ESS is complex and involves multiple disciplines such as electrical, mechanical, and software. To verify they function correctly, Rådahl and his team use CATIA Systems with Dymola, to virtually simulate operations before physical build.

All teams leverage the ENOVIA application’s workflow and document management features to streamline collaboration and maintain the project on schedule. “We use automatic notifications and subscriptions to keep things running smoothly and document management for version and change control,” Rådahl said. “Moreover, certification authorities can access all our documentation on the platform for regulatory compliance purposes.”

ESS also leverages 3DEXPERIENCE ENOVIA to track specifications and requirements throughout the design process. “Designing the building and surrounding systems is probably the most complex integration we do here at ESS,” Lindblad said. “We use ENOVIA’s requirements management to help make sure, for example, that there is design compliance. We are currently investigating the use of DELMIA to perform simulations and installation sequencing, which would enable us to provide field workers with work instructions that have been digitally tested beforehand. Our tests are progressing nicely and I have high hopes this will be implemented in the near future.”

“Once the project is delivered, there will be a continuous effort to upgrade and manage the facilities in the future,” Rådahl added. “By capitalizing our data on the platform, we ensure traceability for years to come.”

The European Spallation Source has a bright future ahead of it filled with exciting scientific discoveries. Keeping track of its history, from inception to construction with the 3DEXPERIENCE platform will help ensure its sustainability for future generations. “ESS is an excellent example of what European states can accomplish together: putting their knowledge and skills together to build a state-of-the-art facility that will lead the world in research for quite a long time,” Garoby concluded.

A multi-disciplinary research facility based on the world’s most powerful neutron source1.

At TECHNIA, we pave the way for your innovation, creativity and profitability. We combine industry-leading Product Lifecycle Management tools with specialist knowledge, so you can enjoy the journey from product concept to implementation. Our experience makes it possible to keep things simple, personal and accessible so that together we transform your vision into value. With over 30 years’ experience, more than 6000 Customers worldwide and world-class knowledge in PLM & Intelligent Engineering, we work together as true partner and extension of your team to create an exceptional PLM experience. Our 650 people strong teamwork from 27 locations around the world, across vertical industries, delivering a premium service with a global infrastructure and a local presence. We adopt the latest technology and agile methodologies so, even as technology changes, our relationships last a lifetime.