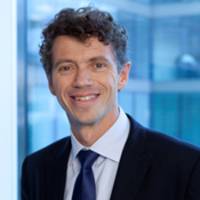 Laurent Blanchard is in charge of developing the EMEAR market and the global ecosystem of Consulting and System Integrators Partners.

Prior to joining Dassault Systèmes in April 2014, Mr Blanchard was Vice President of Cisco's Enterprise Business Group with responsibility for accelerating technology growth in Enterprise, Public Sector and Commercial markets in Europe, Middle East, Africa and Russia (EMEAR) region. He had joined the company in 2007 as Managing Director.

A graduate of ENSEM in Nancy (France), Mr Blanchard started his career at IBM France in 1989 and then held several positions at UNIX, SAP and Compaq at European level. After the merger of Compaq with HP, he became vice-president, managing director of HP France.

A firm believer that new technologies shape the future for the better, Mr Blanchard is the author of "Optimisme durable".