eVTOL (electric vertical take-off and landing) aircraft are quiet, efficient and have zero carbon emissions, representing a disruptive solution for traveling within and between cities in the near future. One of the pioneers in this sector, UK company Vertical Aerospace, is set to build one of the world’s first certified passenger carrying eVTOLs, the VA-X4, which could see its first commercial flights in 2024.

The aircraft is quieter and less expensive to run than a helicopter, and aims to address the market for travel between locations poorly served by high-speed trains and regional airlines. To ensure that its processes are fully operational when fleets of its aircraft are in service, particularly regarding the traceability of components, Vertical Aerospace is using the 3DEXPERIENCE platform.

“By working in the cloud, we can make sure that the company is resilient and that we can continue to work whatever the circumstances,” says Eric Samson, Head of Engineering at Vertical Aerospace. “We have built an aircraft from scratch. So not only do we have to organize our current processes, but we need to establish them firmly for the future.” The solution offers a full set of functions enabling engineers to design and validate composite structures. Engineers also use the platform to find the best way of manufacturing each component from start to finish.

The platform brings together all teams, and solutions can be accessed using the web application. As the company expands its network of partners and suppliers, it will use its enhanced 3D model to send digital data and specific instructions to each participant in the supply chain. Finally, the 3DEXPERIENCE platform provides full traceability, which will help the company certify through the CAA (Common Aviation Area) and obtain DOA (Design Organization Approval) certification from EASA, the European Aviation Safety Agency.

The noise reduction enabled by Vertical Aerospace's eVTOLs make them 100 times quieter than a traditional helicopter.

French company XSun is committed to designing, testing and showing the capabilities of solar-powered, long-range drones that can conduct surveillance, research and environmental-protection missions. Economical to produce and run, its latest model offers a greater range, increased endurance and improved sustainability. In an endurance test carried out in 2020, XSun’s drone flew for 12 hours and covered 600 km (373 miles), with no carbon emissions.

Making extensive use of composite materials, it weighs less than 25 kg (55 pounds), is more than 4.5 meters (nearly 15 feet) wide and has a payload capacity of 7 kg (15.4 pounds). The team aims to increase its endurance from 12 hours to 20.

Possible applications include monitoring oil and gas pipelines and railways, observing fauna and flora in forests, carrying out large-scale military surveillance at sea, and detecting oil spills and illegal discharges. The idea is that autonomous drones will eventually perform work currently done by space satellites.

XSun’s double-wing machines also can accommodate twice as many solar panels as single-wing designs. The concept, developed using the 3DEXPERIENCE platform, also offers certain advantages in terms of aerodynamic performance. Double-wing design has traditionally been ignored by the aerospace industry, which has until now been dominated by single-wing designs.

The VTOL aircraft developed by Czech company Zuri combines rotors and wings for on-demand, door-to-door mid-range flights. Multicopters are generally designed to travel short distances within cities and are ideal for vertical take-off, but are not effective for cruise flights.

Wing-borne Zuri is ideal for covering distances of 200-700 km (124-435 miles), which is a sweet spot where VTOLs are faster than both cars and big airliners (when considering the time spent in airports). From the start of its project, Zuri used CATIA to handle initial analysis, aerodynamics and measurement tasks, and the company is now exploring the potential of the 3DEXPERIENCE platform in the cloud.

All its teams can work on the platform from any internet-connected device, with each individual contributing his/her own expertise, while gauging the end user’s experience with virtual-universe experiences. With ENOVIA, the platform also allows Zuri to reuse shared processes and components, bringing its aircraft to market more quickly.

To test and certify its aircraft, Zuri uses integrated safety processes and full traceability to comply with various regulations. It applies virtual twin technology to test and check its digital prototype before beginning physical construction, to manage and maintain the aircraft throughout its lifecycle and to offer an immersive experience to investors, as well as existing and prospective customers.

Pipistrel Vertical Solutions, a subsidiary of Slovenian Pipistrel Group, specializes in designing innovative electric and hybrid aircraft and battery-based propulsion systems. It has used Dassault Systèmes solutions to speed up the performance-testing process and to assess the reliability of materials before physical prototyping.

For certification, full-scale testing is required to determine the aircraft’s natural frequencies and associated structural energy absorption – typically a long and costly process. To accelerate the process of performance tests, Pipistrel has opted for SIMULIA Abaqus to simulate and assess the structural behavior of its new Virus SW Electro 128 aircraft in a virtual environment, accelerating the pace of certification, securing the first-ever Type Certificate for an electric airplane.

Instead of using physical measurements before starting test flights, Pipistrel has proven, with the positive results of virtual tests, that its structural design is reliable and robust. The EASA has recognized the test process and results, allowing Pipistrel to achieve final confirmation of the newly developed aircraft’s structural integrity more quickly, resulting in significant cost and time savings. 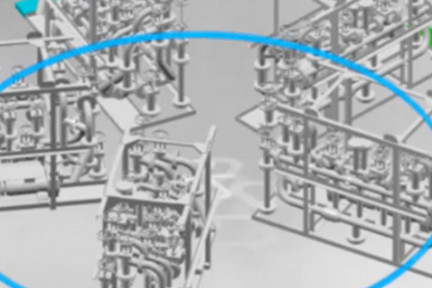