Journey to the stratosphere

The launcher will be used to build and replenish satellite constellations in an environmentally friendly and cost-effective way. After a stratospheric balloon lifts Bloostar to a height of 25 km (15.5 miles) of altitude, its rocket engines ignite and carry Bloostar to its final destination.

Established space industry leaders and new entrants, including Blue Origin and SpaceX, put satellites into orbit by launching rockets from the ground or launch them from airborne airplanes from where they are then launched. Zero 2 Infinity completely disrupts this traditional approach by dividing the ascent into two phases: first, a high-altitude balloon takes the Bloostar launcher into near space through the densest parts of the atmosphere, above 97% of the mass of air. When Bloostar reaches a near-vacuum altitude at 25 km (15.5 miles) of altitude, its rocket engines ignite and place its payload into an orbit as high as 1,000 km (621.4 miles) above the Earth’s surface.

The system is sustainable because it is reusable, no pollutants are emitted into the atmosphere during the balloon’s ascent phase, and a non-toxic propellant is used during the next phase. Compared to a traditional launcher, it requires fewer materials and less energy during manufacturing and operation, using simpler engines and less infrastructure to deliver a smoother launch for its cargo, all geared toward delivering a highperformance solution, particularly for the emerging microsatellite market. From providing global connectivity, to better understanding the Earth’s climate, the world will greatly benefit from such new, smaller satellites.

Through Bloostar, Zero 2 Infinity aims to lower the cost of access to space and respond to changing needs in this highgrowth market. Bloostar is the first launcher fully designed to take advantage the quasi-vacuum environment of near space. Zero 2 Infinity has already ignited scaled rockets in near space and a series of tests are paving the way for a first orbital trial launch, expected in 2021.

Upper limit of the balloon’s range

The microsatellites market takes off

The miniaturization of technology has disrupted the satellite market. Many microsatellites are designed to provide data related to Earth observation, smart city management, security and weather or emergency situations. Others are used in telecommunications or connectivity services. These satellites weigh 10-250 kg (22-551 pounds), and must be precisely positioned in orbit in order to be integrated in a constellation.

Benefits of the 3DEXPERIENCE platform

Zero 2 Infinity joined the 3DEXPERIENCE Lab program and is using SOLIDWORKS, CATIA and SIMULIA for design and simulation. Bloostar’s design fits within a large ecosystem of partners, suppliers and innovators from the space industry and beyond.

Green: It is the most environmentally friendly launcher ever designed. Emissions take place outside the bulk of the atmosphere and are mainly water and carbon dioxide.

Cost: Replacing a conventional launcher with a high-altitude balloon during the atmospheric stage of the launch significantly reduces development complexity. 3D-printed parts, advanced materials and reusability are at the core of the launcher’s design.

Freedom: Bloostar can accommodate larger surfaces (antennae, solar panels, radiators) than other ground-launched rockets because there are no significant aerodynamic constraints or strong vibrations. 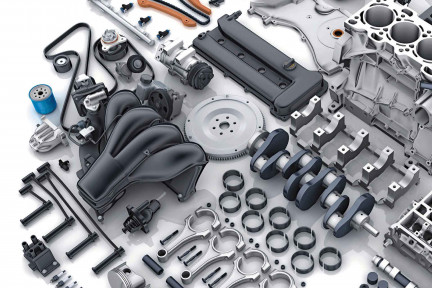