KLM’s eight state-of-the-art flight simulators in Amsterdam are dedicated to the ground training of pilots and other crew. Because the eight simulators afford approximately 15,000 training sessions each year, it is critical that the airline fully utilize this capacity. To do this, KLM needs full visibility of capacity to minimize idle time, identify extra capacity that may be rented out to other airlines and better manage the maintenance of the simulators, most of which takes place overnight.

The airline’s current planning methods are a combination of manual planning and a legacy system modeled after flight operations from the early 90s. While the system’s simple algorithm automatically allocates simulator slots, it cannot incorporate collective labor agreement (CLA) rules, templates for transition training and differing session durations for external parties. It also poses many challenges for KLM’s planners.

KLM’s search for a solution leads it back to Quintiq ― the partnership that, in 2014, resulted in the successful rollout of a pilot transition planning solution for the airline. This extension will now see Quintiq implement a simulator planning solution that fully aligns with its previous solution, thus ensuring that training demand information is up-to-date at all times and conflicts are immediately spotted and resolved.

“We are impressed with what Quintiq can do,” said Robert Kunen, VP Cockpit Crew Services at KLM. “The combination of our crew planning system and this new simulator capacity optimizer, both developed by Quintiq, will enable us to maximize the use of our simulator capacity. We can better match supply and demand, and predict constraints and opportunities on the longer term. As a result, we can facilitate crew training more efficiently, resulting in well-trained cockpit crew that will continue to deliver the safe, reliable service KLM is known for.”

With Quintiq’s simulator planning solution, KLM planners can look forward to working more efficiently across all time horizons ― they will not only be able to plan up to several years in advance, but also easily make adjustments to optimized long-term plans as demand changes over time.

“Quintiq is proud to support KLM with an intelligent planning solution that meets its unique needs,” said Markus Malinen, vice president EMEA-Russia at Quintiq. “We look forward to this partnership that will enable KLM to achieve its vision and elevate its business to greater heights.”

About KLM
KLM Royal Dutch Airlines was founded in 1919, making it the world’s oldest airline still operating under its original name. In 2004, Air France and KLM merged to form Air France-KLM. The merger produced the strongest European airline group based on two powerful brands and hubs – Amsterdam Airport Schiphol and Paris Charles de Gaulle. Retaining its own identity, the group focuses on three core businesses: passenger transport, cargo and aircraft maintenance.
In the Netherlands, KLM comprises the core of the KLM Group, which further includes KLM Cityhopper, transavia.com and Martinair. KLM serves all its destinations using a modern fleet and employs over 33,000 people around the world. KLM is a leader in the airline industry, offering reliable operations and customer-oriented products resulting from its policy of enthusiasm and sustainable innovation.
KLM is a member of the global SkyTeam airline alliance, offering customers an extensive worldwide network. The KLM network connects the Netherlands to every important economic region in the world and, as such, serves as a powerful driver for the economy. 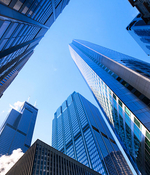 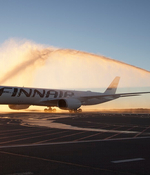 Finnair, the airline with the fastest way to Asia, speeds up workforce planning 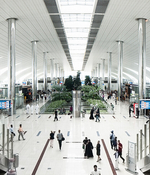