Eviation Aircraft wanted to design and build an all electric airplane for mid-range distances that is cost-effective and environmentally friendly on an aggressive time schedule by using the 3DEXPERIENCE platform on the cloud.

Imagine flying on demand, from the nearest airfield, for the price of a train ticket. That’s the option that Omer Bar-Yohay, CEO of the electric aviation company Eviation Aircraft, wants for every traveler: a better regional travel experience that avoids congested roads by providing an affordable and ecofriendly air travel solution.

“We all struggle with transportation,” Bar-Yohay said. “Today, if we want to travel 800 kilometers and there aren’t any trains to take us to our destination, we are stuck in our cars for many hours. We want to change all that.”

Bar-Yohay’s solution? The Eviation “Alice,” a nine-passenger, 100% electric-powered plane with a cruising speed of more than 240 knots (approximately 280 miles per hour / 444 kilometers per hour).

“Because electric engines offer higher propulsion efficiencies and lower maintenance costs, they reduce the cost of flight by 90%,” Bar-Yohay said. “Electrification doesn’t only make us eco-friendly; it makes it possible for everyone to fly regional distances for an affordable fee.”

The 3DEXPERIENCE platform on the cloud is a scalable platform. […] We can count on its scalability to accompany our growth. It’s the key to continuous innovation. 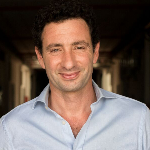 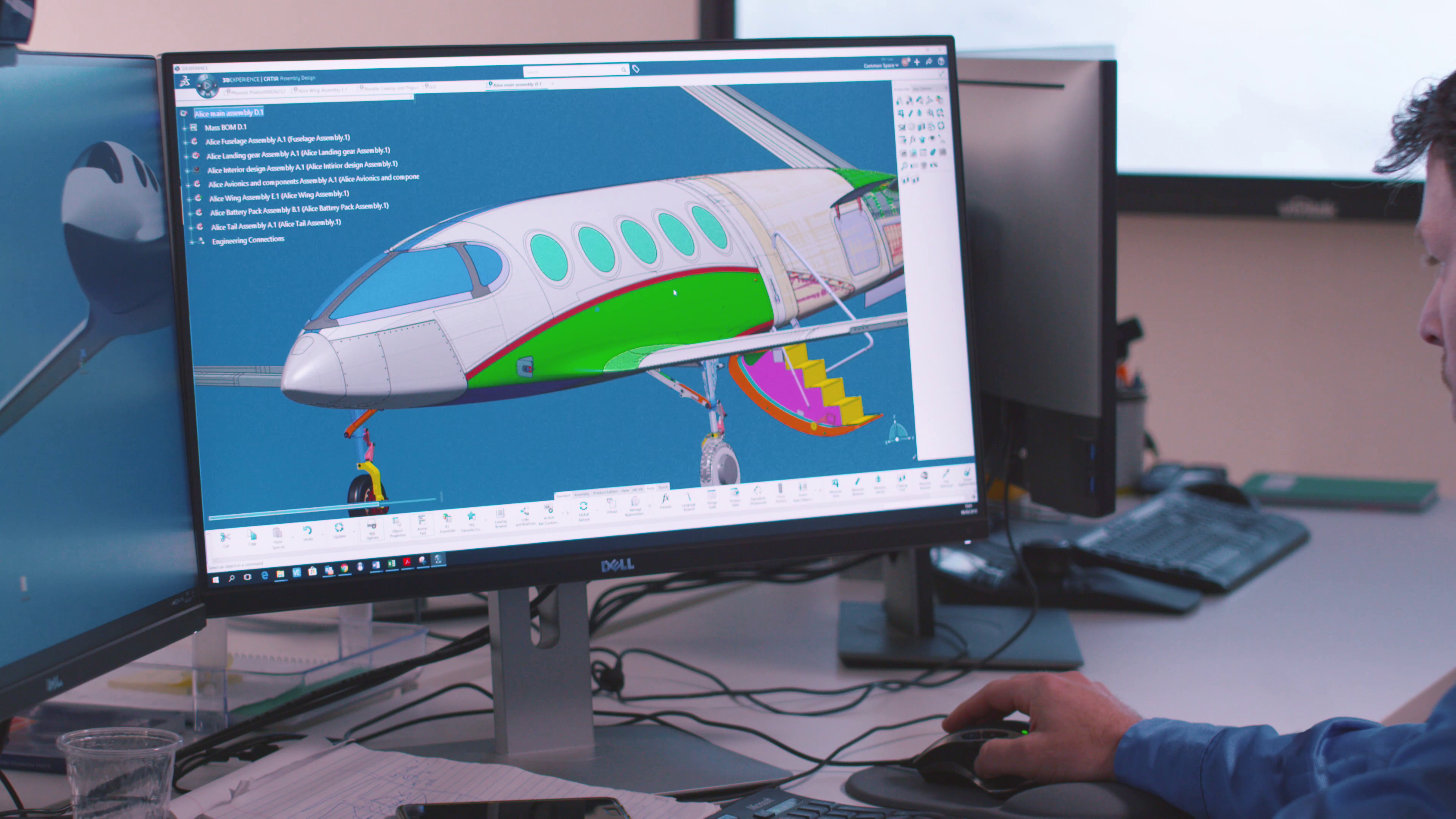 Creating the Alice would have been a monumental task for any company, and even more challenging for Eviation: more than 160 suppliers and partners located all over the world collaborated on the project.

“The propellers are made in the US, the plane’s molds in Indonesia, the landing gear in Italy, other components in France,” Bar-Yohay said. “Working with the Dassault Systèmes technologies enabled us to go from concept to prototype very quickly.”

To link its far-flung stakeholders, Bar-Yohay chose the 3DEXPERIENCE platform on the cloud for its design and simulation applications, and powerful work-from-anywhere collaboration capabilities. Thanks to the platform, the company’s contributors could exchange ideas, share knowledge and know-how, and collaborate across disciplines in resolving system interface issues as if they were located in a single room.

While cloud-based collaboration keeps everyone working in synch, the 3DEXPERIENCE platform’s change management capabilities are even more important to Lior Zivan, chief technology officer at Eviation. To explain why, Lior relates a story about fastening passenger seats to tracks on the floor of the Alice’s passenger compartment.

“The fasteners we wanted were not in stock, so we needed to change the part number to another one and then update the file of the model, which was already in production in France,” Lior said. “Thirty seconds after we made the change, the French manufacturer was alerted by the system to change what they were drilling. Everybody can keep track and see what has been changed, saving a lot of headaches in terms of configuration management.”

Using the platform on the cloud helped Eviation’s team ramp up quickly, thanks to its plug-and-play format, and gave the company access to all the latest software enhancements as they were released. Contributors also could work from anywhere and at any time, on demand.

“Everyone has to work on the same data sets, wherever they are, hand-in-hand, or else there will be considerable delays,” Bar-Yohay said. “Our teams, employees and subcontractors alike need to seamlessly collaborate on the cloud if we are to meet our deadlines.”

Ofir Laor, Eviation’s chief aerodynamics engineer, was pleased to discover that the platform works just as well when he travels as when he is at the Eviation offices. “Just recently, I traveled to Germany to meet with one of our subcontractors and all we had to do was connect to the cloud to access our designs,” Laor said. “I didn’t have to carry my data with me. It was so convenient.”

But what about data security and IP protection on the cloud? “We care a lot about data security,” Bar-Yohay said. “And data security is one of the reasons why moving to the cloud made sense. Building an aircraft is difficult enough. As a small company with already insane challenges, why should I add more challenges that I simply cannot take care of? I prefer leaving this to experts. And so far, we haven’t been disappointed.”

Adopting the 3DEXPERIENCE platform on the cloud also eliminates the need for Eviation to invest in time-consuming and costly maintenance for an IT environment. With no upfront IT hardware investments, no software to install and implement and nothing to maintain, the company pays only for the computing power and applications it needs and uses.

Without SIMULIA’s XFlow high iteration rate and seamless integration with CATIA, we simply could not have designed the plane in such a short time.

The Alice, which is mainly made of composite materials, is fly-by-wire controlled and powered by three propellers: one on each wingtip and a third on the rear fuselage.

“We started from scratch and approached this plane holistically by designing and engineering all parts for minimum weight and maximum efficiency,” Bar-Yohay said. “Because all of our applications are integrated on the same platform, we could see how one part of the plane affected other parts and make the necessary adjustments right away. This interoperability provided us with considerable flexibility in our design approach.”

One of the biggest challenges, Laor said, was to systemengineer the aerodynamics and mechanical aspects of the plane’s design into a seamless whole – an even greater challenge given the project’s large number of independent contributors.

“We needed a strong and reliable solution to make sure there were no errors and that the aircraft subsystems were well-defined to the minutest detail,” Laor said. “We rely on CATIA for part design and for the precision of its surfaces, some of which are very complex. In effect, since an electric aircraft’s energy density is low, we must compromise as little as possible on the aerodynamic shape, which requires designing very creative and complicated 3D surfaces. Only CATIA can do this.”

Looking for the best aerodynamics, the engineers had to address the complexity of designing the wingtip propulsion unit to reduce drag.

“With a wingtip propeller, what we needed to figure out was what the nacelle and the propeller would look like, and how they should be designed,” Bar-Yohay said. “You cannot do this with eight engineers unless you have a very powerful simulation solution and you can iterate hundreds of times per week. Without SIMULIA XFlow’s high iteration rate and seamless integration with CATIA, we simply could not have designed the plane in such a short time.”

Enabling many of the platform’s coordination capabilities, ENOVIA helped Eviation to leverage multi-discipline and multi-site collaboration to build and validate a virtual 3D digital experience of the entire airplane in a configured and intelligent context. Form, fit and functional analysis, combined with business information and actionable insights, enabled Eviation’s designers to visualize and validate that the final airplane met all requirements, complied with industry standards and regulations and exceeded customer expectations. 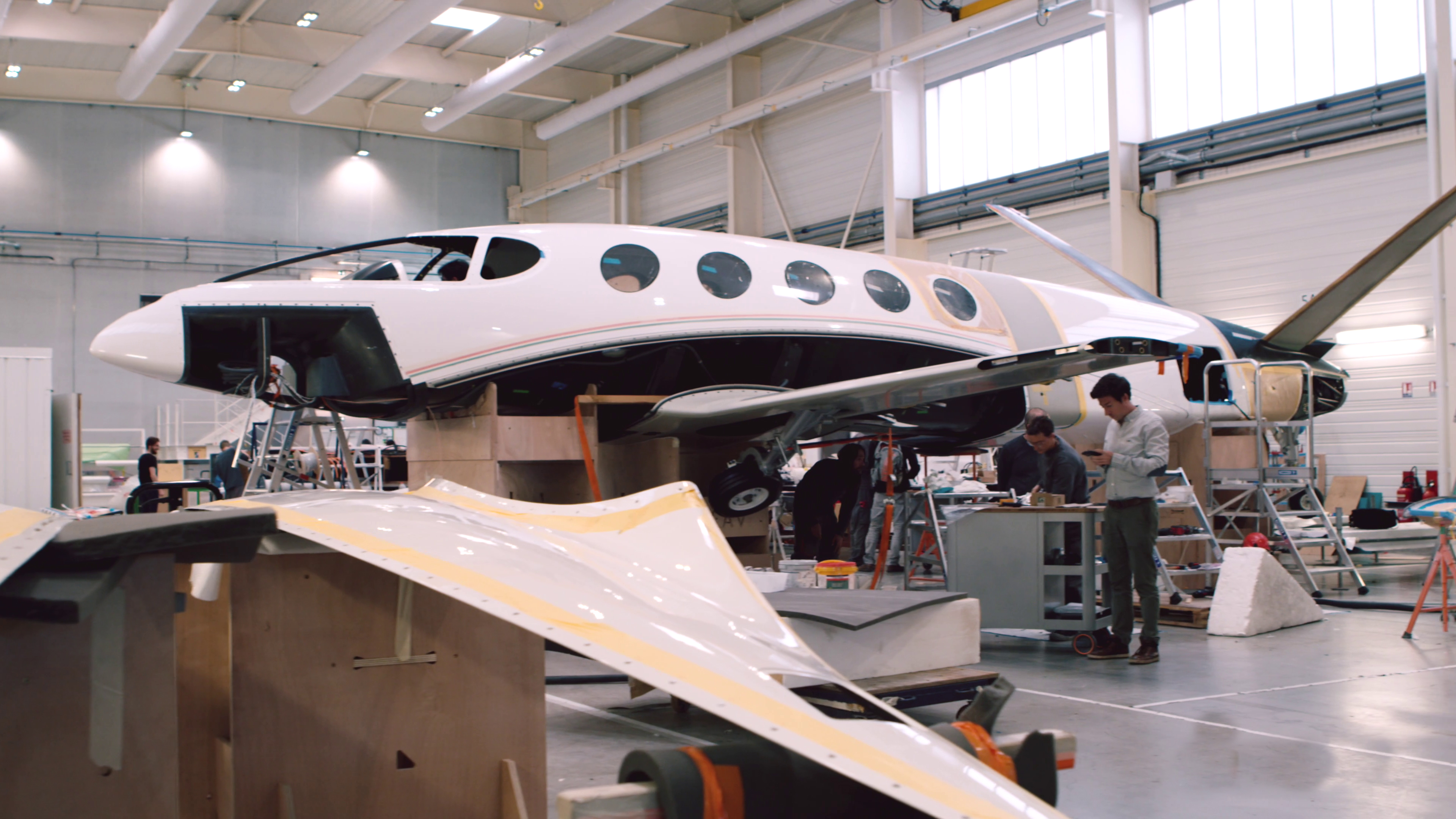 Systematics, a Dassault Systèmes business partner, provided Eviation with expertise and assistance in transitioning from its initial environment, in which engineers used disparate tools and had to perform integrations manually, to one where everyone was on a shared platform that could create a complete system of systems model for simulation and validation.

“We were on a very tight schedule; it was just too much to bear for a company our size,” Bar-Yohay said. “So Systematics kind of augmented us. They gave us the technicians and engineers to work next to us. For example, they assisted us with migrating some of our designs from one format to another. In this sense, Systematics was very much a partner.”

In parallel, Eviation needed to build a training program that would give its engineers capabilities for the long-term on an accelerated schedule.

“Thanks to Systematics, we’ve gotten there faster and more cost-effectively than I ever imagined possible,” Bar-Yohay said.

A key aspect supporting the aircraft design is the ability to simulate its structural behavior. ADCOM, a Dassault Systèmes Israel-based partner dedicated to SIMULIA application, helped Eviation with the simulation of dynamic and static loads occurring during the flight with a high level of reliability, combined with an accurate prediction of composite behavior and optimization. The 3DEXPERIENCE platform on the cloud has enabled Eviation to develop an innovative airplane concept from the ground up.

“The aviation industry is probably one of the most difficult and conservative industries in the world,” Bar-Yohay said. “The amount of money you need to do anything is simply insane, so everything has to work right the first time. It’s difficult, but entirely possible with the right solution.

“I believe using the 3DEXPERIENCE platform on the cloud helps us achieve our dream. Not only do we benefit from the same sophisticated solution as big players; its scalability is crucial for a startup like ours, because what we don’t use today may be needed tomorrow. It’s important to know we can count on this scalability to accompany our growth. It’s the key to continuous innovation.”