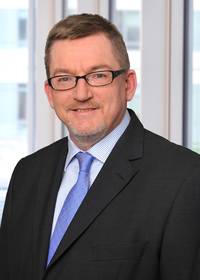 Dominique Florack has been instrumental in building the technology cornerstones of Dassault Systèmes solutions, helping to shape the values of a Research & Development organization that is today fully resourced to support the major transformations under way in industry and across society.

Dominique Florack spent three years at Dassault Aviation's Advanced Technology department before joining Dassault Systèmes in 1986 to head up product data management (the forerunner of the ENOVIA brand). He worked in particular on regular assignments at Boeing and Toyota.

In 1990 Dominique was appointed Director of Strategy and Research, and then in 1994, Director of CAD Mechanical Solutions, in charge of all CATIA applications, while continuing to help win and support major new customers.

As part of Dassault Systèmes digital mock-up (DMU) strategy launched in 1989 and later its product life cycle management (PLM) strategy developed in 1999, Dominique contributed actively to the expansion of the company's technology portfolio with SOLIDWORKS, DELMIA and ENOVIA. He developed a dedicated open, integrated model offering a dual strength. First, by leveraging the added value inherent in each technology and the added value derived from synergies across technologies, he enabled customers to create unrivalled solutions in terms of reach and competitive advantage. In addition, he enabled all Dassault Systèmes R&D labs, worldwide, to grow and sharpen their competitiveness by tapping into the entire technology portfolio.

The Dassault Systèmes portfolio was expanding all the time, and each new release was a major challenge. Under Dominique's Florack's impetus, the Dassault Systèmes catalogue expanded from 23 products in 1989 (V3) to 150 products in 1994 (V4) and then 400 products under four brand names in 1999. Dominique played a key part in the successful launch of V5 in 1999, built on a revolutionary design involving a new development technology, new architecture, and new mathematical models. Dominique Florack and his world-class teams of engineers have made R&D the pillar of Dassault Systèmes growth, diversification, and international expansion as a scientific company.

In the 2000s, Dominique helped execute several key acquisitions (SIMULIA, MatrixOne, EXALEAD and NETVIBES) and develop a new brand - 3DVIA - to support the company's diversification strategy (including reaching out to consumer audiences) and its new focus on social innovation.

In line with corporate strategy, Dominique has recast the entire R&D set-up, resourcing it to address the needs of 170,000 companies, 10 million on-premise users, and 100,000 online users.

Since the launch of V6 in 2008, Dominique has also significantly expanded the mission of R&D. As well as delivering solutions that enable companies to manufacture innovative products, Dassault Systèmes today offers unique 3D experiences that harmonize "products, nature, and life", along with cloud-based services and Industry Solutions. The new generation of applications has resulted in an expanded footprint not just throughout industry, but across consumer audiences as well.

Today, Dominique is spearheading the development of the 3DEXPERIENCE Platform unveiled in 2012. Dassault Systèmes currently has a portfolio of ten brands and more than 600 products. From an initial team of 30 people all under one roof, Dassault Systèmes R&D activities today involve some 4,500 engineers at 40 research facilities around the world, engaged in contributing to the company's remarkable industrial, technological, and human achievements.

Born in 1959 in France, Dominique Florack is a graduate of Centre d'Etudes Supérieures de Techniques Industrielles and has prepared a Ph.D. in mechanical design and artificial intelligence from Ecole Centrale de Paris.