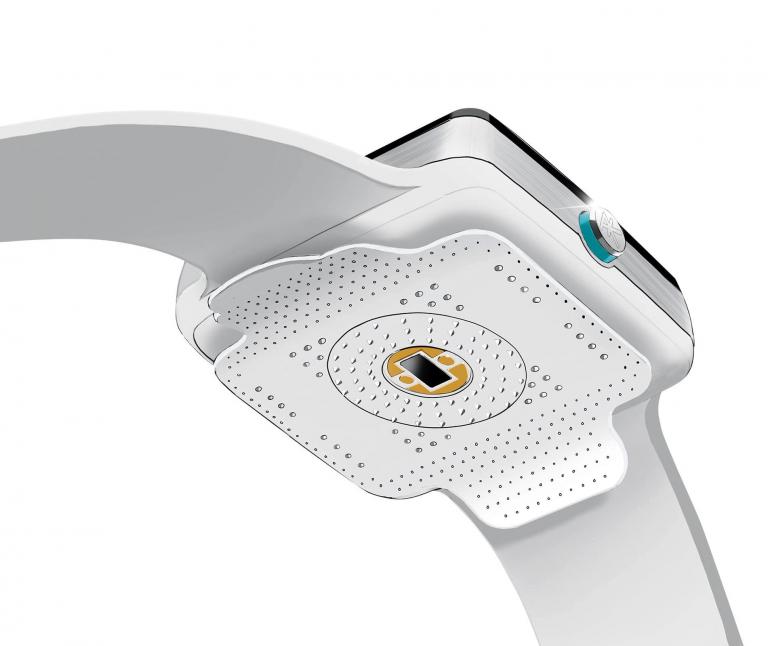 PKvitality is a French manufacturer specializing in wearable medical devices. For diabetes sufferers, it is developing a smartwatch that measures their glucose levels constantly and in a non-invasive way, and alerts wearers and their loved ones in the event of a hypo- or hyperglycemic episode. A patch applied to the skin every week measures glucose levels in interstitial fluid using microneedles.

The smartwatch interprets the signal sent by the patch, stores and displays information, and synchronizes information in the cloud. Alerts are sent to the patient using vibrations. This bio-wearable device, developed and honed using the 3DEXPERIENCE platform, is a more practical and totally discreet way for patients to check their health status.

FEops is a Belgian company that has developed, with the support of the 3DEXPERIENCE Lab, the first and only patient-specific simulation technology for structural heart interventions. The solution accurately predicts how heart devices and implants will interact with a given patient. FEops also offers a unique pre-operative planning platform for structural heart interventions.

This accessible, upgradable and automated platform uses artificial intelligence to help deliver better clinical results and make procedures more effective. Anatomical information about hundreds of real patients is accessible in the cloud; this eventually will provide a way of training medics and create an environment for clinical trials, along with a tool for modeling devices and implants using a diversified patient group. 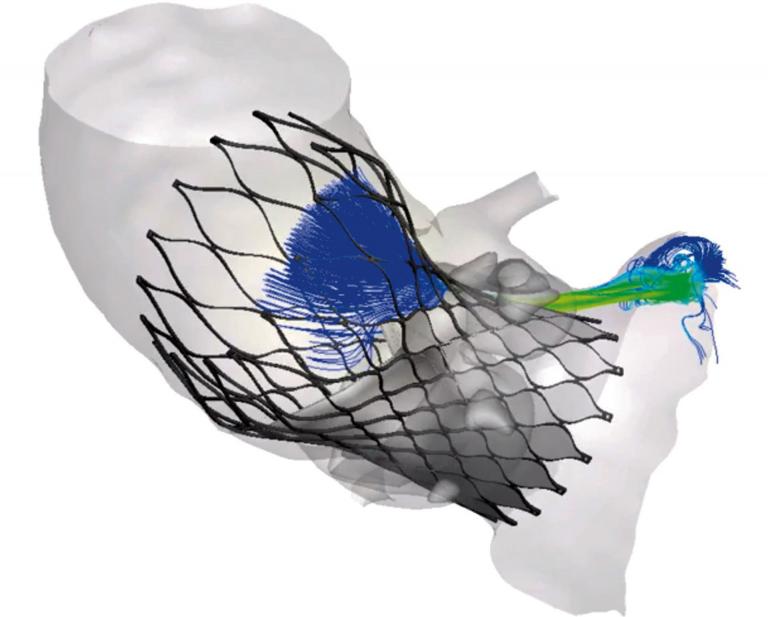 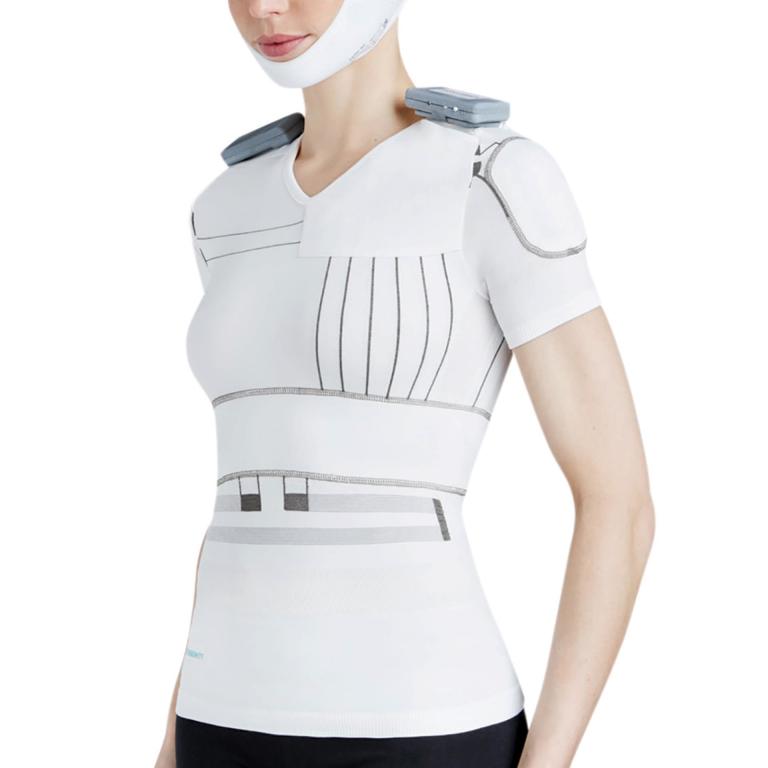 BIOSERENITY: A BETTER QUALITY OF LIFE

In June 2019, Dassault Systèmes strengthened its partnership with BioSerenity by taking an equity stake in the company. BioSerenity, founded in France in 2014 and already supported by the 3DEXPERIENCE Lab, specializes in personalized healthcare. It is developing wearable devices comprising textile elements and discrete sensors that allow constant heart, epilepsy, urinary and sleep monitoring. As well as its medtech business, BioSerenity also analyzes signals, particularly biomarkers.

Using science data, the company achieves an in-depth understanding of patients to devise a more customized care pathway through careful, responsible management of the data. BioSerenity also operates in the medical field as a provider of Healthcare as a Service (HaaS). Through its efforts, pathologies can be understood and treated on a more personal level, with unprecedented efficiency and at a reasonable cost.

Dassault Systèmes is working in partnership with BioSerenity as it addresses all its challenges, particularly in terms of expanding its presence and adopting virtual twin technology to design the most effective and least invasive devices, to ensure that care pathways reflect the full diversity of their patients, and to personalize care in an affordable way.

LIVING HEART: A PROJECT TO SET A NEW STANDARD FOR INNOVATION

The Living Heart Project, which aims to simulate the human heart in 3D, was launched by Dassault Systèmes, in partnership with the US Food and Drug Administration, in 2014. The goal is to develop new testing paradigms for the insertion, placement and performance of cardiovascular devices. The five-year collaboration delivered on that goal and was extended for an additional five years in 2019, with a new target of using the Living Heart as a partial replacement for animal and human testing in clinical trials.

The project is supported by a global ecosystem, which has expanded to include more than 130 different organizations in 24 countries, representing pharmaceutical and medical device manufacturers, cardiologists, teachers, research organizations and regulatory agencies. Together, they are developing and validating high-precision, customized digital twins of the human heart, or “virtual clinics.” They serve as a basis for in silico cardiovascular medicine, teaching and training, medical device and drug design, clinical diagnostics and regulatory science, speeding up the translation of scientific innovation into improved care for patients.

Conducting virtual clinical trials will not only make it possible to identify risks at an early stage, they also can define the effective patient population and provide synthetic control arms to reduce the need to recruit large groups of patients.

The same methodology is now being used for diagnosing and treating brain disorders and personalized orthopedic implants. Applying artificial intelligence and virtual reality technologies, the mysteries of the human body are becoming clearer. The world of medical innovation is changing forever.

This represents a major inflection point in history, in which designed objects can become an integral part of a human being’s physical identity.

Expert climber Hugh Herr had both legs amputated at the knee after suffering severe frostbite following a winter climbing accident. He couldn’t imagine life without climbing, and so he designed prosthetic legs that would allow him to pursue his passion. Each leg contains three miniature computers, 12 sensors and an actuator in the shape of a tendon, allowing him to dance, jump and, above all, climb again to the highest standard.

The system was designed with the help of SOLIDWORKS. But Hugh Herr wanted to go even further, from prosthetic to bionic limbs. A biophysicist by training, he is joint head of the Center for Extreme Bionics at MIT Media Lab, whose teams invented the AMI (AgonistAntagonist Myoneural Interface). The principle consists of surgically stitching muscles together.

When the agonist muscle is electrically stimulated, it contracts and pulls on its partner, the antagonist muscle. The muscle naturally contains biological sensors that detect this interplay and send a host of information to the central nervous system, and so the connection between the brain and the prosthetic limb is made. The system employs a pair of AMIs for each robotic joint. Synthetic proprioceptive sensors on each muscle measure their properties and send that information to the computers controlling the bionic limb.

When users guide their phantom limbs using their brains, their muscles move dynamically and give the robot the order to move. The brain therefore controls the robot, and the muscles send information about the bionic limb’s movements back to the brain. In this way, mechatronics and the nervous system become very deeply integrated.

Herr believes that this represents a major inflection point in history, in which designed objects can become an integral part of a human being’s physical identity. 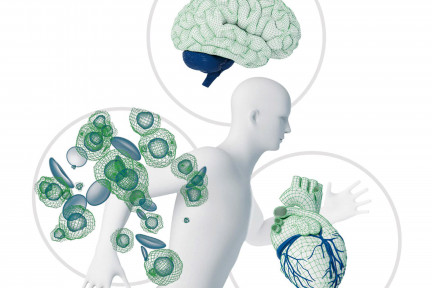 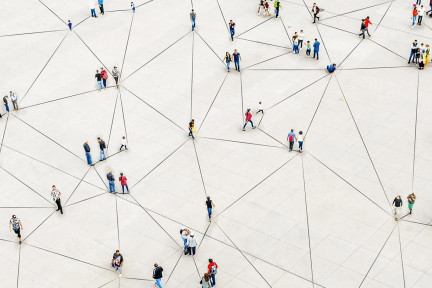